How to Read Your Partner’s Mind

How to Read Your Partner’s Mind

How To: Read Your Partner’s Mind

A few years ago I was on a week-long cruise in the Kimberley with a number of other couples, and there were some minor misunderstandings between couples.

We joked about how it would be so helpful if their other half could just read their mind.

At the time apps were emerging as a relatively new idea so we joked about creating an app that could interpret or “mind read” what the other person was saying so that they could understand. You know, things like when she says no to a drink, she’s not very thirsty, but she may have in mind that she could have a sip of yours if she doesn’t feel like a whole drink. Or when he gets ready and leaves to go to breakfast, he thought you’d know he’d be saving a place for you (it’s assumed right ?).

I hear it now when I’m talking to clients, whether they are dating or in a long term relationship, that they are often confused about how they could have possibly misunderstood the other person, or be misunderstood. Frustration and confusion often result from miscommunication.

I remember one client I saw a few decades ago, who wanted to understand how he could reignite sexual intimacy with his wife, however, a pattern had developed where if she showed any physical intimacy he progressed to assuming she wanted sex. He didn’t ask her, he assumed. A hug meant sex, holding hands meant sex, sitting close on the lounge meant sex. However, he found that over time she was avoidant of physical intimacy (and therefore sexual intimacy).

When I pointed out the emerging dynamic, he humorously said to me, “but everything leads to sex for a man”. And I pointed out not for his wife though – and she was the participating other – not a man.

I suggested that instead he work on his emotional intimacy (reflective listening, open questions, attentiveness, active listening and sharing of information – unrelated to tasks and domestic matters) and allow his wife to initiate. He joked that “it would never happen then” but he was wrong. He came back to sessions saying that she’d said that he “was finally listening to her” – even though he told me he had been all along, but now she felt like he was listening to her.

Their emotional intimacy improved and so did their physical and sexual intimacy. It makes me smile at how vague people can be and expect that the other person knows what they mean.

A friend who has recently returned to dating, shared with me that she was out having fun and met someone she liked, and he repeated a number of times that it was great weather for sailing. She agreed it was, but he didn’t invite her to sail directly. She laughed when we let her know that he was suggesting she go sailing with him.

Please feel free to contact us at Revive Health and Happiness if you would like to learn more about effectively communicating with your partner. 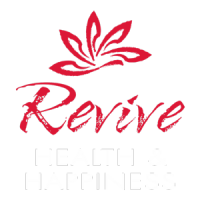